Tag Archive for: u s department of homeland security

We all know what a CamelBak is, and most of us own at least one Camelbak, but not many people know the history behind the CamelBak… Until now that is.. 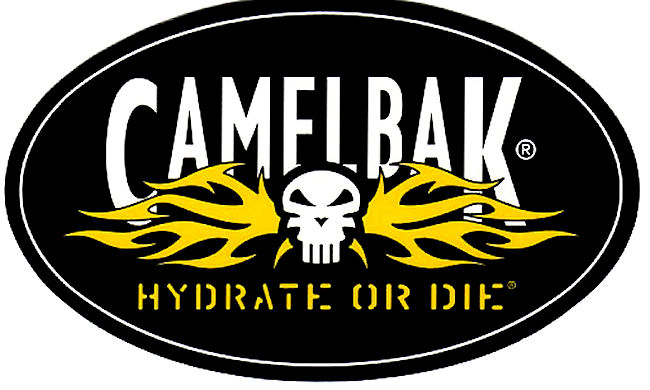 An avid cyclist living in the scorching heat of central Texas, Chuck Hunter staggered into a bike shop in 1997 and says he succumbed to a “cute” saleswoman’s pitch. He left wearing a water-filled backpack with a tube extending to his mouth so that he could drink without reaching for a water bottle.

Two years after that first sip, Mr. Hunter quit his job at Lockheed Martin Corp. to join the company that made the backpack-canteen, CamelBak Products LLC. At the time, the small firm had a devoted clientele of mountain bikers and counterculture types; for example, CamelBaks were ubiquitous at Burning Man, a radical art festival held each summer in the Nevada desert.

Mr. Hunter, a former fighter pilot, sensed an emerging market among a different breed of desert dweller: the U.S. soldier. Now CamelBak’s senior vice president for government, military and industrial business, he has turned the Petaluma, Calif., company into a global leader in so-called hydration systems, selling several million backpacks to troops in the U.S. and some 50 foreign armies. The Pentagon, which recently placed a $17 million order so that it can issue CamelBaks to all soldiers heading to Iraq and Afghanistan, is the company’s biggest customer.

That a cycling accessory could became the canteen of choice for soldiers around the world demonstrates how innovative nondefense companies have fueled growth by capitalizing on the Sept. 11, 2001, attacks and the ensuing wars. Even before the London bombings this month, Britain had approved funds to equip police and first-responders with CamelBak systems designed to keep drinking water safe in a chemical or biological attack. The U.S. Department of Homeland Security’s new emphasis on unconventional threats heralds further growth potential for CamelBak.

Other consumer products, such as Oakley Inc. sunglasses, Garmin Ltd. handheld global-positioning-system units and Under Armour clothing, have found fresh outlets in military sales. But military products have become CamelBak’s dominant business. Instead of the “Hydration on the Move” motto geared to granola-eating fitness buffs, CamelBak’s current slogan is “Hydrate or Die” — emblazoned next to a flame-emitting skull.

CamelBak contends that pivoting between the two markets has helped product development. “The beauty of this company is that military requirements drive innovation and durability, and that goes right down the line to the recreational products,” says Mr. Hunter. For instance, CamelBak developed sturdier materials and a silver-based, antigerm lining to keep water clean for troops, and then adapted these for cheaper retail packs. The company’s products retail for between $25 and $120, and some military packs cost up to $200.

CamelBak was founded in 1989 in Texas by Michael Eidson, who concocted a hands-free drinking system because he felt that reaching for a bottle during bike races risked collisions. The prototype consisted of medical tubing and a plastic intravenous drip bag stuffed into a sock and attached to the back of a shirt. His timing was auspicious: The advent of mountain biking, ultramarathons and other extreme sports created a market-in-waiting.

The 1991 Gulf War also helped. Navy SEALs and special-forces troops who were biking enthusiasts took their own CamelBaks into combat. Word spread, as did CamelBak’s civilian models on the shelves of military exchanges. In 1995, San Francisco firm Kransco, which had marketed Frisbees, Hula Hoops and Boogie Boards as a previous owner of Wham-O Inc., bought CamelBak for $4 million and stepped up military sales by introducing camouflaged models.

But the real military push started in 1999, when Mr. Hunter arrived. CamelBak launched a military line of products and moved to California’s Sonoma County wine district north of San Francisco. Here, it set up a research center to develop products that could meet the Pentagon’s exacting standards.

As much as soldiers liked the CamelBak concept, early models tended to “burst when grunts fell backwards onto them,” says CamelBak R&D head Robert Choi. “It’s harder to carry and deliver water than you’d think,” he adds, walking through a lab where machines stretch, twist, squeeze and rapidly age polyurethane and silicone parts.

CamelBak’s proprietary drinking nozzle, or bite valve, gets compressed 10,000 times to ensure it won’t leak after three years of combat use. The company says it spent $1 million developing a reservoir liner to protect water in a sarin or mustard-gas attack. CamelBak has received 70,000 orders for this “chem-bio” water reservoirs since its launch last September, Mr. Hunter says. Belgium ordered several thousand units and has mandated that new gas masks must be compatible with CamelBak tube adapters.

Feedback from soldiers has been as important as lab tests in molding products. Snipers wanted a sleek, body-hugging pack, so CamelBak designed a 3.2-quart unit — enough for three hours of activity — that can fit under bullet-proof vests.

For a different kind of stealth, CamelBak worked with Dupont Co. and other companies to develop backpack material, straps and buckles that reduce infrared detection. CamelBak markets some two dozen military models, carrying as little as 1.6 quarts of water and no gear to packs that can hold 6.3 quarts of water and seven times that volume in gear.

“Marines love them. Very rarely these days do you see a Marine without a CamelBak cinched to his back,” says Col. Michael Belcher, who commanded a Marine battalion in Iraq and is now based in the U.S. “There’s less sloshing back and forth, and no hip pain.”

Whereas soldiers used to hook three one-quart canteens onto their belts, now they typically carry a 3.2-quart CamelBak and one canteen — which they might use only to refill the CamelBak. CamelBaks are part of the survival kits packed into ejection seats in many Air Force fighter planes.

In 2003, New York investment bank Bear Stearns Cos. bought CamelBak for more than $200 million. Bear Stearns doesn’t disclose CamelBak’s sales and profit figures. With more than 90% of the U.S. military market and solid brand awareness among troops, “We’re like Kleenex. Everyone calls a hydration system a CamelBak,” says product manager Shawn Cullen. The company’s main military competitor is its biggest customer: The Army, working with a former canteen company, has fielded a similar hydration system.

CamelBak has a host of challengers in the civilian market, such as VF Corp.’s JanSport and North Face brands, but is counting on its brand recognition, new recreational models and a thrust into products for industrial workers to keep growing.

After branching out from cycling into running, skiing and hiking packs, CamelBak more recently has launched products for hunting, children and women — a line that features tapered packs, softer materials and higher chest straps. Law-enforcement packs include easy-access pouches for weapons. A horseback-riding line is in the offing. Customers bombard the company with suggestions for packs designed to fight dehydration in every activity from fly fishing to plant watering. “Some uses could hurt the brand a bit,” says Glenn Gross, CamelBak’s chief executive.

Mr. Hunter’s search for industrial customers has him pressing the flesh at events such as the World of Concrete trade show. But his work isn’t done with the military. CamelBak must ensure, he says, that “the canteen is on the way out.”